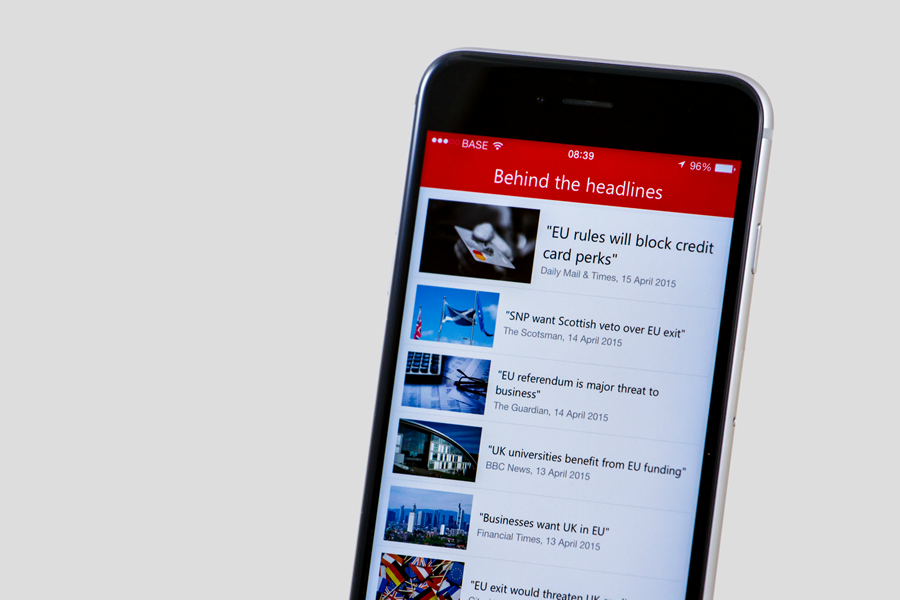 I conceived and created a phone app, Doorstep EU, in the early days of Britain’s EU referendum campaign. Originally intended for doorstep campaigners, it provided daily in-depth analysis and mythbusting of the main EU-related stories in the British media. By the final weeks of the campaign it had over 20,000 active users — including Labour MPs, BBC journalists, politicians and activists.